The team at TROMPA is making headway on developing a new, interactive annotation environment within the music scholars use case. When studying performances of musical works, musicologists need access not only to a musical score, but often several recordings of that piece of music, and additionally need to make annotations connecting the musical score to the artistic choices of the performers. It’s the responsibility of scholars to make meaningful one to many connections between the score and the different recordings.

Typically, this workflow requires the musicologist to lay out a physical score on their desk, queue up several recordings on their computer, and then open a file on their computer where they can document meaningful connections between the notes on the page and the performances. As audio recordings are just continuous waveforms, trying to find, isolate, then jump between the same musical moment on several long recordings can be tedious and time consuming.

While each musicologist has their own unique way of doing, this lack of uniformity makes it difficult to take what has been done and then share it with the larger community at scale.

Wouldn’t it be nice if a musicologist could sit down, click on a section in the musical score, then be presented with that excerpt in all of their recordings of interest and then be able to share what they have annotated with others?

While audio-score alignment is not a new problem in the research field of music information retrieval (MIR), the TROMPA project is integrating this technology with the ability for a community of scholars to engage in discourse with one another in a more systematic way using data sharing methods that give users more control of their personal data.

In order to give a higher level picture of what we’re up to, the figure below shows a schematic diagram of how we are trying to accomplish this. 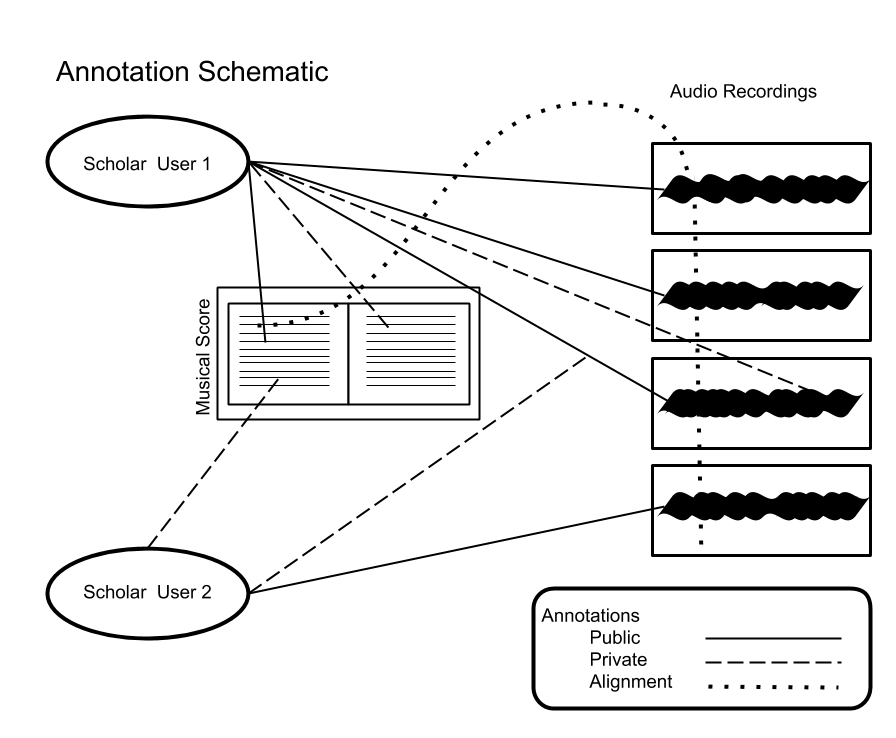 From the figure, we can see the links between each performance and the score, but what we’re most excited about is how we are making these connections. The TROMPA team is making use of something called a SOLID pod, which is a new way of allowing users to have control of the data they create, giving them much more control of their privacy. You can read more about the SOLID framework here, but to our knowledge we are one of the first teams to integrate this data privacy and sharing technology within a music environment.

Once we having a working prototype, planned for the end of 2020, users will be able to work within an annotation environment like the one shown below (but with larger score!) and make not only comments on the score (using MEI elements), but have the ability to comment on other annotations, thus providing a digital environment to commune about musicological questions. 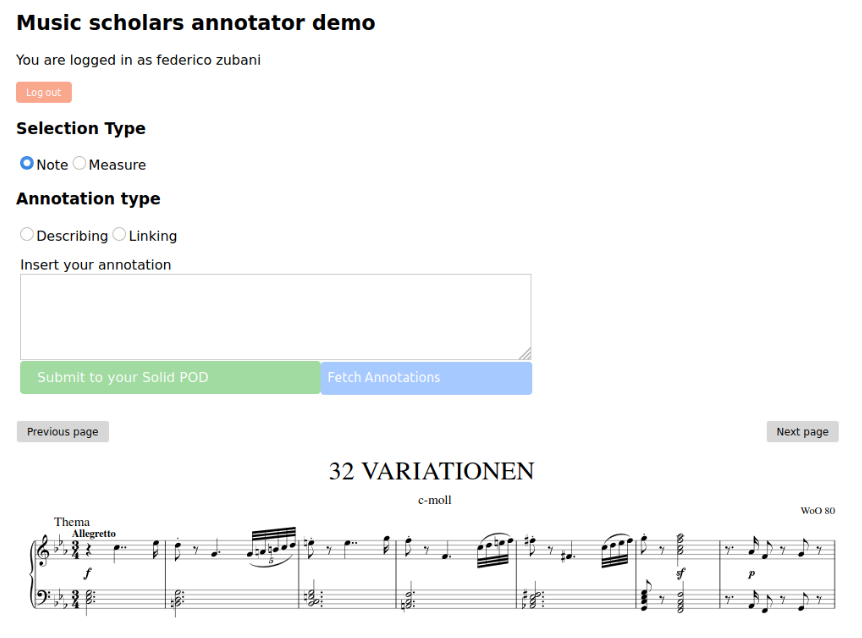 If the workflow described above sounds like something you have done before, please get in touch on Twitter, we’re almost at the point where we will be wanting expert feedback on the prototype so it meets the needs of musicologists working on these types of questions!