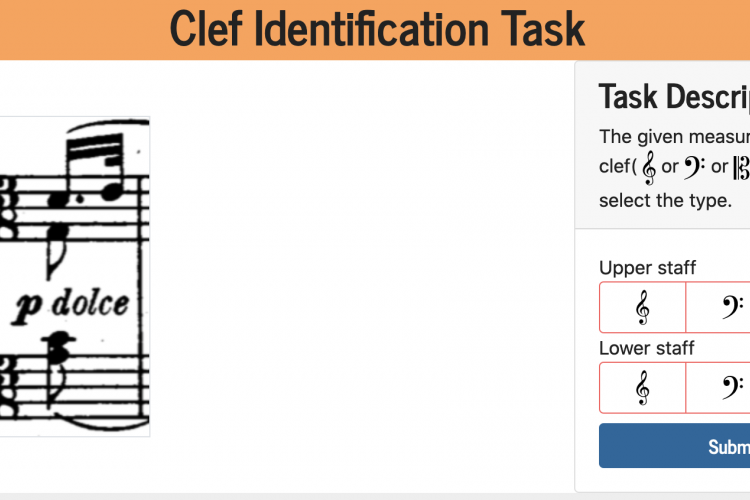 Many scanned scores are available online, and humans can read and play from them. However, few scores are available that digitally encode the musical information in such a way, that machines can also 'read' it. Having such digitised scores is valuable, as it allows for easier archiving and exchange (e.g. of player annotations, conductor markings, and editorial corrections), and as it makes enrichments of the musical work (e.g. automatic score-following) more feasible and scalable. But digital encoding of a musical score currently needs considerable manual labour, and specialised expertise.

Considering TROMPA's interest in engaging broader crowds, and orchestras indicating that more digital score-handling mechanisms will be beneficial in their practice, we have combined these interests, and are researching whether score digitisation may take place in a more crowdsourced setup. This means that we will break down the digitisation process into smaller microtasks, that can be performed by many people.

At the ISMIR 2020 conference, we presented a research paper in which we showed that the microtask concept can indeed be promising. Even people who would not necessarily be specialists in music still turned out to be able to compare small music fragments, to verify if they contained mistakes.

However, as we wish to validate this concept through larger campaigns that will involve more people, we also have been running multiple online workshops in September and October 2020, with members of multiple youth and student orchestras across The Netherlands. Members of these types of orchestras are young and reasonably technology-savvy; as such, they may most likely be willing to experiment with new digital concepts surrounding music practice.

The workshops gave us very valuable feedback on what incentives would make or break a campaign. Besides, we also could evaluate the understability of several of our current task designs. Taking all this into account, we are currently preparing for a collaborative campaign over the Winter break, in which we will work on digitising Beethoven's Sextet!